​OSA Magazine is a platform for documenting, sharing and publicising the varied agendas of students at Oxford Brookes School of Architecture.

Here on our new weekly update, we will be recommending arts and culture events currently open in London and Oxford. We'll also be sharing articles from our limited edition print publications past, present and future, so you'll still be able to read contributions from the OSA writers, even if the magazines are sold out.

Image of the week:

Our featured student of the week is

To start up our first building project, us, Unit B students, had to choose an artefact from the Museum of The History of Science in Oxford and extrapolate the science behind it (how it works, it’s purpose and significance at the time). From there we had to represent it in its wider context to explain the way in which it was employed.

This is a representation of a Medical Frictional Generator, which was used on patients with skin conditions and worked by burning off the disease to eradicate it.

The aspect that I found more interesting is how it converts kinetic energy into electricity, and I translated this quality into the drawing itself. How? The copper zone (the disease) actually conducts electricity if you connect it to a battery, and if you plug a lightbulb to it, it lights up! So it works as a representational and functional drawing to explain science.

Check out more of Suman's amazing photography on instagram @iamsueman

This year DS7 continues to follow the theme of ‘the continuous present’, through exploring and challenging the archive typology as a process of recording and remembering the past. We look at the subjectivity of memory in space and the relationship between storage and the retrieval or reassembly of time. Architecture itself offers a continuous archive that expresses our social and material history and can enable us to speculate about what the future could be. So far in the studio we have studied the subjective power of memory and its effect on physical spaces and how this can be recorded.

During our research trip to Brussels we visited several archives which challenge its role and activation in society. Brussels itself has had a colourful history of various occupations and rulers. It is the meeting point of the Dutch and French languages and is the capital of European politics. As such it has been the location of several significant projects looking at the archival process. Interspersed between many a pit stop for waffles/Belgian fries and a visit to the famous Menneken Pis (an unexplained statue of a small boy urinating which has now become a symbol for the city), we visited two key projects that are especially progressive in developing the archive typology. Originating in Brussels in 1910, the Mundaneum was a reference archive intended to store all worldly knowledge. It used a classification system called the Universal Decimal Classification which divides its contents into subjects and then numbers it which is still used in many libraries today. Now considered the precursor to Google, the Mundaneum enabled easy research and education to the masses by offering the name and locations of books relevant to the subject being researched. Its founders were two Belgian lawyers and pacifists who believed that knowledge could combat misunderstandings and conflict in society and thus lead to global peace. The exploration of the archive as an active resource in society offering social benefit was incredibly innovative and as such is listed as a UNESCO ‘Memory of the World’.

The following day we visited ROTOR, an organisation which offers a pioneering approach to the reuse of building elements. Located in an old chocolate factory in central Brussels, the organisation salvages materials from demolition sites that will be profitable to reuse in new buildings. This value is generally calculated from the material worth of the building element and the ease of removal. On average they salvage 1-2% total building weight. ROTOR looks at archiving from a more pragmatic level, the business plan takes inspiration from the structure of the construction industry in the 19th Century when the majority of deconstruction materials were sold for reuse. In their office they have a poster from this period in which a demolition site is being sold for deconstruction and resale, expressing how much more wasteful the industry is today and their goal of a more sustainable industry. This active approach to archiving, removing and reinserting building elements into the built environment can offer a narrative of architectural development whilst also offering new perspective on a more architecturally sustainable future.

During the trip we also visited two architectural practices which consciously archived their design process for all projects in order to keep their ideas innovative and accessible and the European Parliament. Although not strictly archive related, the parliament was an interesting insight into the management and processes of the European Union. On the whole I found the city very dynamic, having expected the EU presence to be evident throughout I was pleasantly surprised by the amount of culture and interesting arty areas in town. Although good coffee was hard to come by (cappuccinos were made with whipped cream) the hot chocolate was unsurprisingly fantastic and the Belgian beer culture was the cause of several late nights and slow headachy mornings. I would recommend it as a city to visit, the free walking tour was a great introduction to the city and remember beers are generally 6-9% alcohol! 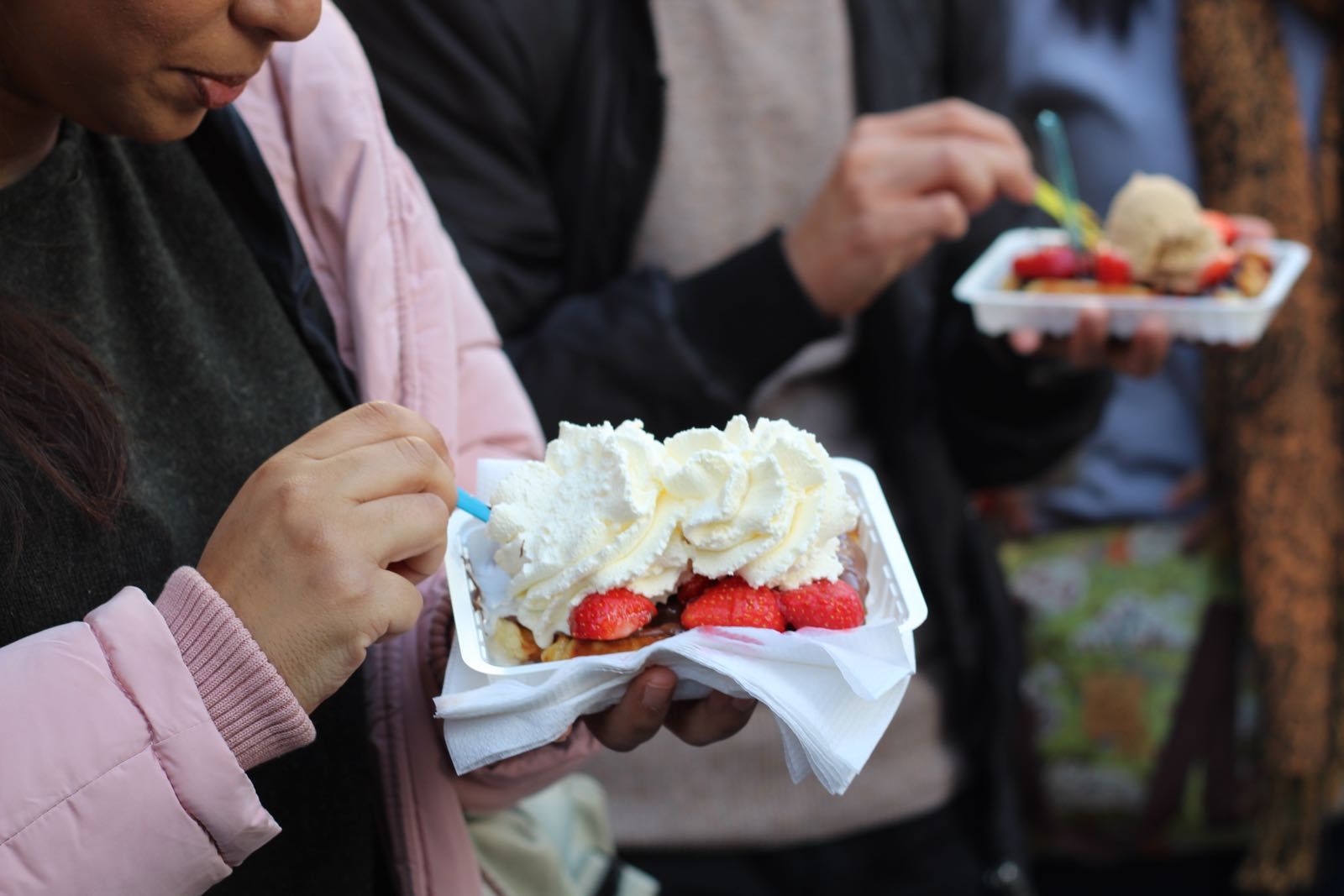 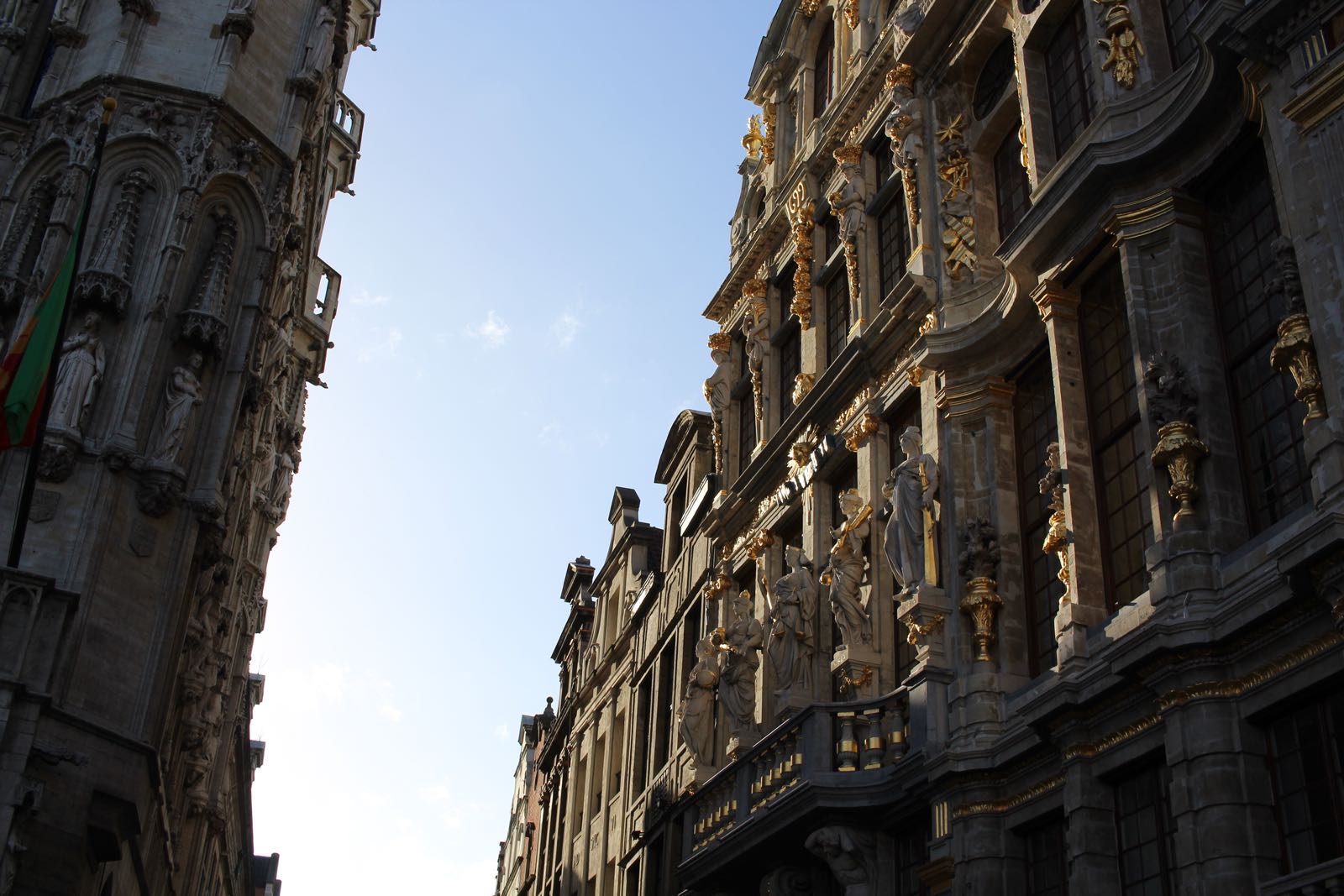 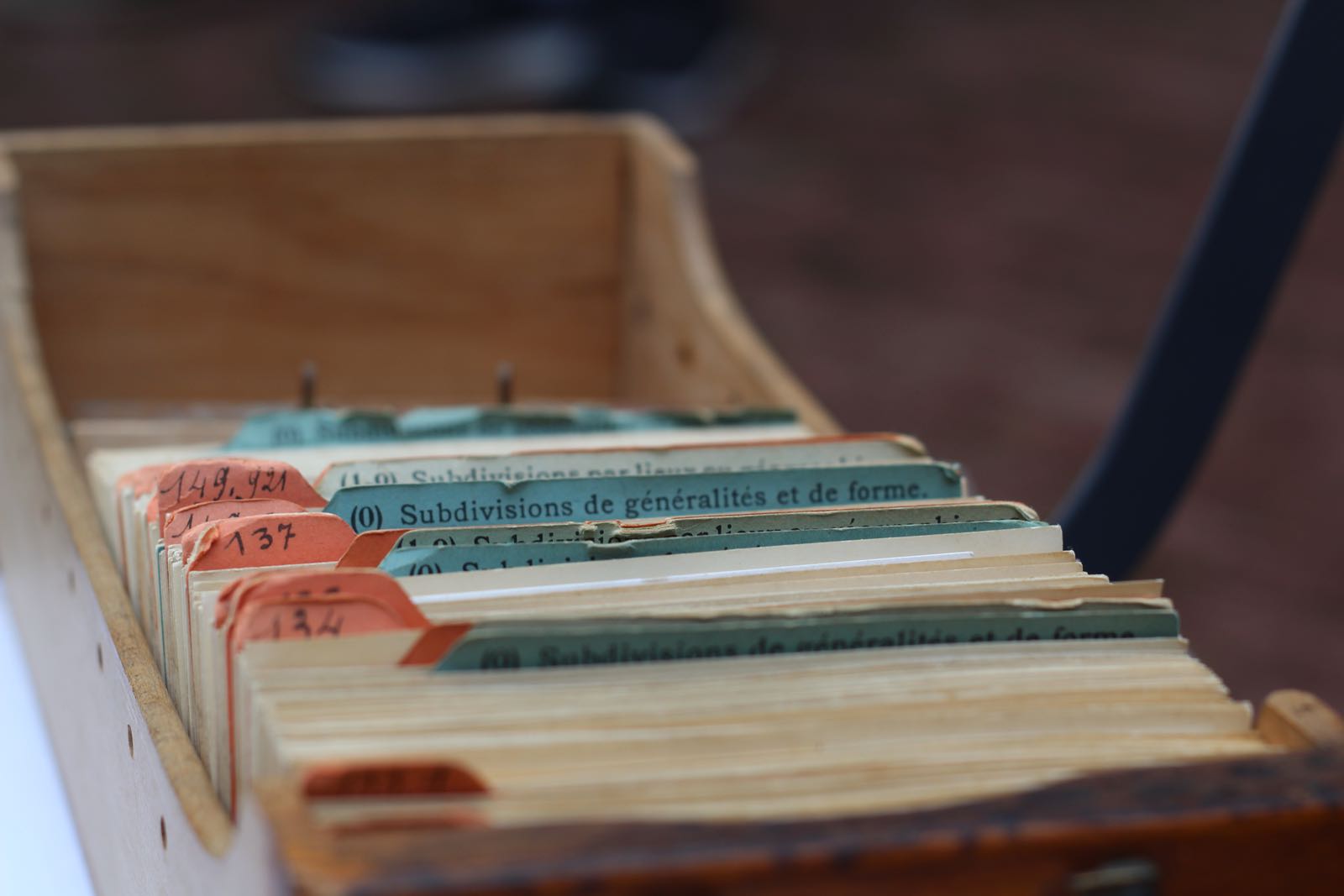 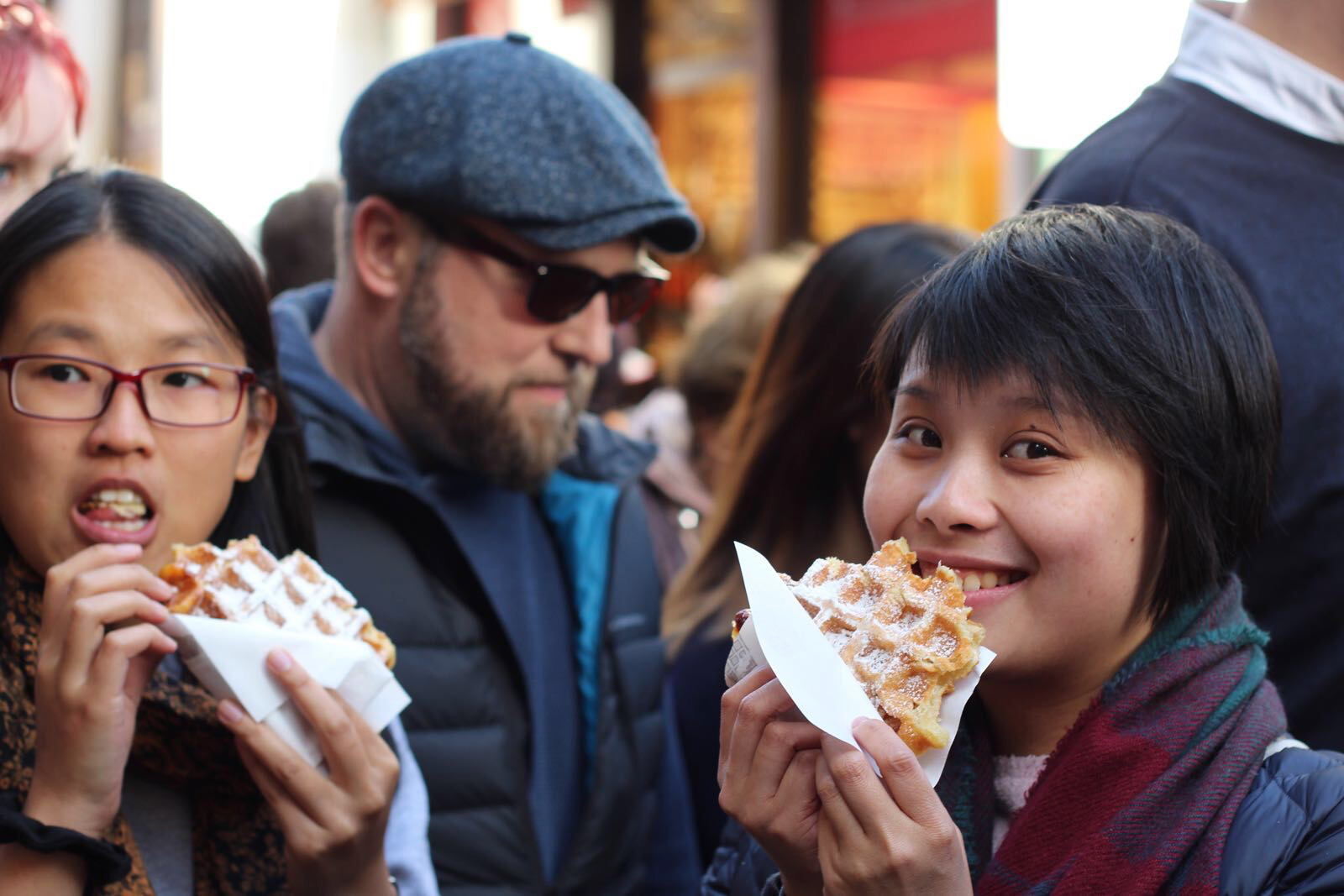 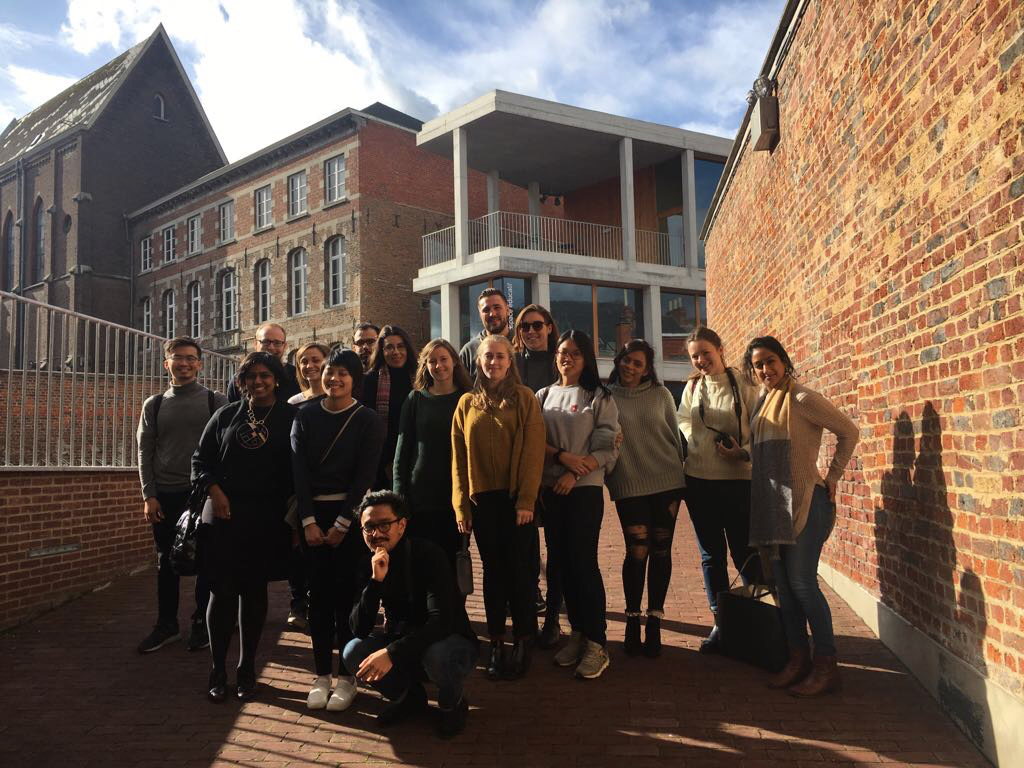 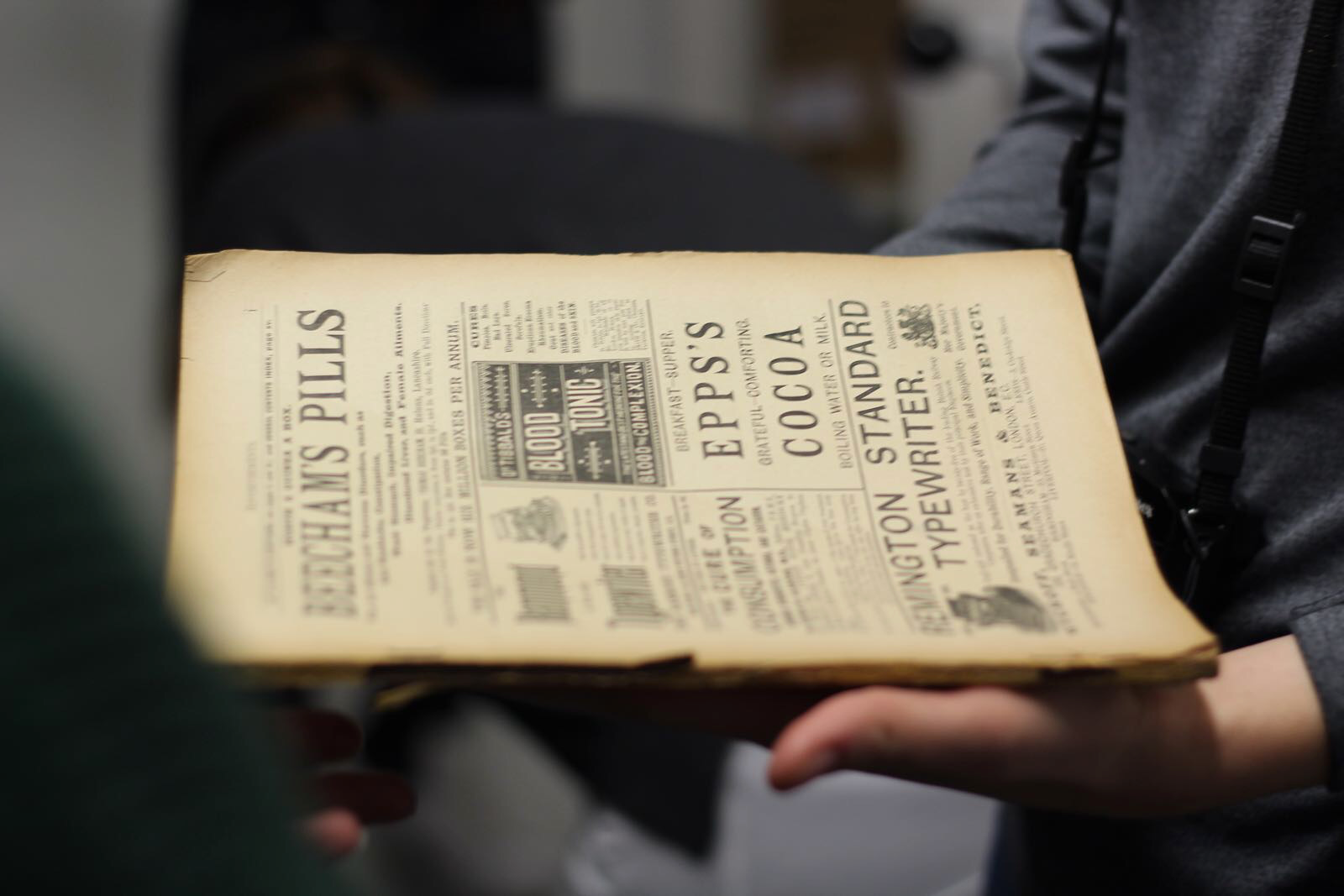 Events around Oxford and London:

OxArch events of the week:

It's that time of the year again!! Our Jumper competition has officially launched.

Please incorporate the OxArch logo, or an adaptation. The design must have a maximum of 2 colours only, and include the name "Oxford Architecture Society"

Send your submissions to: oxfordarchitecturesociety@gmail.com

Logos and Templates can be found here: https://drive.google.com/drive/u/2/folders/0B8-3IqbyIMKkN2lHUEVKQkhPaUE

The winning design will be chosen by public vote. Good Luck! We can't wait to see what you come up with!

It's time for our third social of the year. This time, we will be heading to Brooke's biggest societies club night: Fishies at the O2! We will be meeting at Cafe Baba on Cowley Road at 8.30pm, for some pre drinks deals and cheap cocktails! We will then carry on to the O2 academy. Expect 90's tunes, student drink prices and the chance to socialise with other Brookes societies! As Fishies is keen on fancy dress, we thought that we would join in, the theme being anything to do with construction (not just architecture!). Think builders, high vis, carpenters, or anything else (can be as outside the box as you wish). Tickets for the O2 part of the social will need to be purchased (for £5). We will update you on when to buy these, but they will be available from our social secs or at the pre drinks @ Baba.

More information on the event:

Have a fab week